HRT for Women: Dispelling the Myths & Understanding the Benefits

Greatness can be captured in one word: lifestyle.

Hormone replacement therapy (HRT) for women has been a topic of much debate in recent decades. This is due largely to the fact that the Women’s Health Initiative (WHI) study in 2002 was halted prematurely because of a reported increase in the instance of breast cancer in women participating in the hormone replacement arm of the study. Thereafter, thousands of women were taken off or stopped taking HRT unnecessarily, despite the fact that many studies have debunked the WHI conclusions.

The media has been slow to report the more recent findings, which indicate that not only is HRT not an identifiable causative agent of breast cancer but that when begun early, hormone therapy actually has a collective mortality risk reduction of 40%. [1]

HRT for women has indeed developed a bad reputation, but any fears surrounding the treatment are unfounded. Here, we examine the relationship between HRT and breast cancer, colon cancer, cardiovascular disease, osteoporosis, and brain health to dispel the myths once and for all. Discover how this powerful treatment helps, rather than harms, postmenopausal women in tremendous ways below. One of the major flaws of the WHI was the confusion and fear it spread by projecting its results to all women receiving HRT. In the original study, more women who took estrogen plus progestin (E+P) developed breast cancer than those taking placebos. The results showed that 41 women in 10,000 taking E+P developed breast cancer compared to 33 in 10,000 on the placebo. [2]

Yet, the updated WHI analysis released in 2006 clarified this finding, stating that estrogen-alone HRT does not increase the risk of breast cancer in postmenopausal women. [3] Further research published in a 2013 article in The Journal of Clinical Endocrinology and Metabolism shows that breast cancer rates were actually found to decrease significantly with estrogen alone. Moreover, the article goes on to say that even though there isn’t a significant increase with E+P used together versus estrogen alone, for illustrative purposes, any increased risk of breast cancer associated with E+P originally publicized with the WHI trial is less than the risk conferred by obesity, being a flight attendant, and many other common exposures. [4]

For many women, HRT is a powerful means of regaining quality of life and maintaining optimal wellness through the postmenopausal years. In fact, avoiding estrogen therapy can actually have serious implications. One article published in the American Journal of Public Health indicates that as many as 91,610 postmenopausal women died prematurely because of the avoidance of hormone therapy. Estrogen therapy, especially when used in younger postmenopausal women (aged 50-59), is linked to a decisive reduction in all-cause mortality.

Yet the use of HRT in this group continues to fall. If the potential for reducing breast cancer risk isn’t compelling enough to take another look at hormone therapy, consider how it could also combat colon cancer, below. Colorectal cancer is the third-most commonly diagnosed cancer in the U.S. and is anticipated to cause more than 51,000 deaths this year alone. [6] As with many types of cancer and serious illness, the risk for colorectal cancer increases with age. While screenings have helped to reduce the death rate of the disease, taking preventive steps to minimize risk remains the most powerful approach in combatting the disease.

One especially effective tool for reducing risk in women is HRT. After adjustment for other known risk factors, the use of HRT indicated a 63% relative reduction of colorectal cancer risk in postmenopausal women. Aspirin users and women who participated in sports regularly did not receive the same benefits. While the mechanism of this protective effect remains unknown, it’s suspected that HRT use contributes to lower rates of colonic adenomas, and that duration of use, medication type, and age could all factor into individual prevention rates. [7]

Cancer isn’t the only thing HRT may help prevent, however. Research also indicates it could play a role in boosting overall cardiovascular health – find out how in the next section. Cardiovascular disease is responsible for 1 in every 4 deaths in the U.S. It’s the leading cause of death in both men and women and leads to more than 600,000 deaths across the country annually. [8] It’s therefore critical that as the risk for cardiovascular disease increases with age, individuals find ways to optimize heart health.

HRT may not be recommended for women primarily as a means for improving cardiovascular health, but this is indeed a powerful byproduct of the treatment. According to research published in the BMJ, women receiving HRT early after experiencing menopause had a significantly reduced rate of heart failure, myocardial infarction, and mortality overall. At the start of treatment, women on average were aged 50 and had been postmenopausal for seven months. Roughly half as many women using HRT experienced cardiovascular events compared to those in the control group. Additionally, these results did not correlate with an increased risk of any cancer. [9]

Moreover, evidence shows that there is a clear benefit in using estrogen alone, with coronary calcium scores significantly reduced. This measures the buildup of calcium and other substances which can narrow or close the arteries, leading to cardiovascular issues. In particular, women under 60 who receive hormone therapy have a statistically significant reduction in coronary disease. [10] Women who were given hormone therapy during early menopause also experienced reduced atherosclerosis progression (buildup of fats and cholesterol in the artery walls). [11]

These aren’t the only positive outcomes of HRT, however. Hormone therapy has been commonly used as an osteoporosis preventative, which brings us to our next segment.

HRT: Good or Bad for Osteoporosis? The most pronounced symptoms associated with a sudden drop in estrogen include hot flashes, mood swings, and other readily noticeable physical or psychological impacts. Yet, it isn’t until much later that the ways in which hormonal changes affect the bones become realized. When estrogen levels dip, special cells called osteoblasts are no longer able to produce bone as effectively. For this reason, estrogen replacement is a common and effective treatment for conserving bone mass.

In fact, HRT decreases the risk of fragility fracture by as much as 35%. [12] And, women who discontinued hormone therapy had an increased rate of hip fractures compared to those who remained on it. [13] Even in women who do not have established osteoporosis or are not at significant risk for fracture, HRT can still improve bone health and reduce fracture. [14]

Next, let’s take a look at a lesser-known way HRT influences health by examining its impact on brain health.

In 1991, research suggested HRT could increase dementia risk for postmenopausal women over the age of 65, but it’s worth noting that these women were approximately 15 years past menopause when they began hormone therapy. [15] Since then, several studies and meta-analyses have suggested that estrogen provided to younger women can decrease the risk of Alzheimer’s disease or delay onset. [16]

As with the benefits of HRT for cardiovascular disease, timing is critical when it comes to realizing the advantages of HRT for brain health. Specifically, HRT used past age 65 could reduce Alzheimer’s risk if begun during the critical window when menopause first develops, and taken continuously over a decade. [17] This could be a result of the fact that, according to a study published in Neurology, HRT may preserve areas of the brain responsible for memory and thinking, while also reducing beta-amyloid plaques which contribute to cell death in Alzheimer’s. [18]

Hormone Therapy for Women – In Conclusion 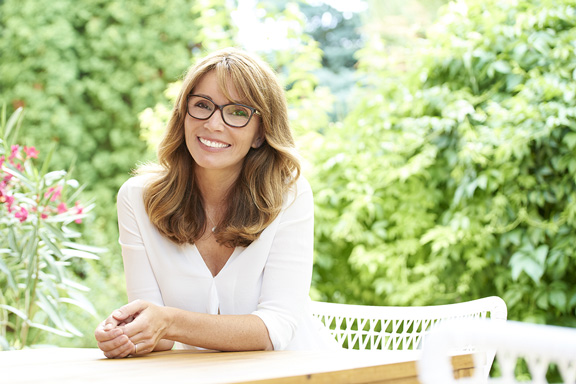 HRT for women has clearly acquired an undeservedly poor reputation, all because of one study in which results were misinterpreted. This single event has prevented thousands of women from getting the care they truly need when they need it most. Moreover, as mentioned above, it’s possible that as many as tens of thousands of women could have gone on to enjoy longer, healthier lives had their doctors provided HRT during the critical window at the onset of menopause.

At Cenegenics, our expert physicians believe in optimizing wellness with the tools available to us. This includes HRT for women. Our doctors only recommend hormones when clinically indicated, and even then, perform rigorous and frequent testing to closely analyze the effects of treatment on critical biomarkers. This ensures the greatest benefit while minimizing any risk to the patient.

As a result, women in our program are able to enjoy not only short-term benefits such as a significant reduction in unfavorable symptoms like hot flashes and mood changes but also long-term, protective qualities like those described above. For the right populations, HRT is an immensely powerful instrument for promoting optimal health through a woman’s middle ages and beyond.

Next Steps to Optimizing Hormones for Women

Our world-class physicians create a personalized plan to help you feel 10+ years younger. You’ll be more energetic, lose weight, sleep better, have more libido, and think more clearly. Click below to schedule a free consultation with one of our physicians. It’s quick + easy. Dr. Julie McCallen is the President of Cenegenics Denver. She is board-certified in Family Medicine, a member of the Endocrine Society, the International Hormone Society, the American Academy of Family Physicians, and the Age Management Medicine Group. After earning an undergraduate degree in Biochemistry from Cornell University, Dr. McCallen received her MD from the University of Pittsburgh School Of Medicine in 1990. She completed her residency in Family Medicine at the University of Wyoming-Casper in 1993. Dr. Ishman focused on a career in emergency medicine, eventually becoming board certified. After nearly 20 years in the emergency room, Dr. Ishman shifted his focus back to primary care and preventive medicine. His goals are to keep patients well and prevent disease, rather than trying to deal with full-blown medical problems that could be prevented. In other words, keeping patients out of the emergency room.

This guide was produced with contributions from the following key resources: ​The Cenegenics Education and Research Foundation 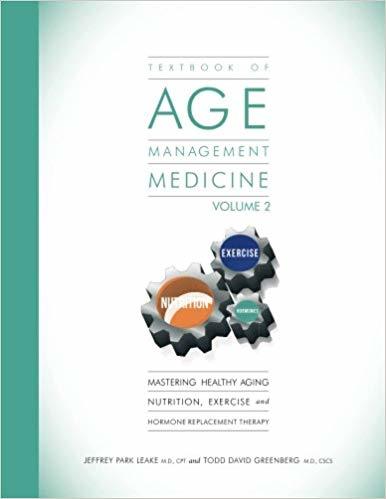 The Cenegenics Education and Research Foundation

Dr. Todd Greenberg is a practicing physician with a broad range of expertise, including wellness, exercise, sports injuries, and MRI of sports injuries. He is a Radiology Clinical Associate Professor at the University of Washington.

More Than 800,000 Americans Suffer From Heart Disease Every Year. Learn The Symptoms Here:

Youth is a Feeling – Not a Number

Key to Health & Wellness: What is Cenegenics?

[7] Rennert, Gad et al. “Use of Hormone Replacement Therapy and the Risk of Colorectal Cancer.” Journal of Clnical Oncology. Sept. 20 2009.